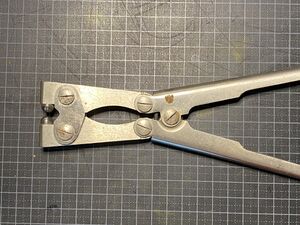 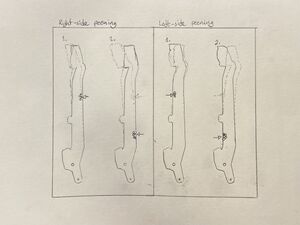 This tool is used specifically in tandem with the Selectric Manual Cycle Tool to allow for manual cycling of the IBM Memory Writer 50, 100, and IBM Composer typewriters. The right side of the operational shaft is right in between the memory bank and power supply of the Memory Writer, and a regular manual cycling tool cannot reach in deep enough to screw into it. The extender is basically a rod with a male left hand thread on one end and a female left hand thread at the other. To use it you simply screw your manual cycle tool into the female end, and then the male end of the extender into the female end of the operational shaft on the machine. It is used just like a Selectric Manual Cycle Tool.