Difference between revisions of "Hammond Typewriter" 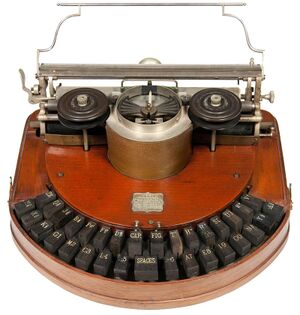 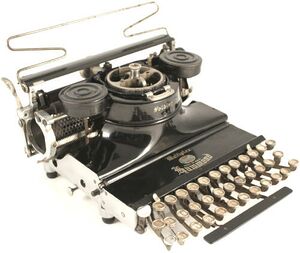 The Hammond Typewriter was first invented by U.S. journalist, inventor, and philanthropist James Bartlett Hammond in 1880. Featuring a very unique mechanism that uses interchangeable type shuttles to print on the page, the Hammond's alignment and ability to swap typestyles brought it modest success that continued throughout the 1900s with minimal changes. Mechanically, paper is inserted into the middle of the carriage, and is drawn up to be typed on. This machine has no platen, but uses a "hammer" on the back to imprint the paper into the ribbon and type shuttle to print a character.

Hammond Typewriters were designed to easily print even type. While many early typewriters often fell out of alignment, the single typeshuttle of the Hammond ensured that characters were always in good proportion to each other.

In 1926, Hammond would become Vari-Typer co, manufacturing electrified Multiplexes with metal shuttles and various small updates. The unique capabilities and role of the Varityper -- descended from the Hammond it succeeded -- gave it a niche in the market until the [IBM Selectric] entered the scene. Varityper still exists, as a division of AM (Addressograph-Multigraph) International, producing printers. 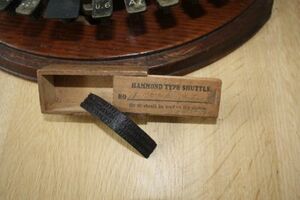